Identity Crisis - A Stranger In My Own Body

At the end of each year, many people reflect on their personal accomplishments - reviewing wins, losses, successes, and failures - intently taking a closer look at their real life. In the last decade, we've had to qualify the term 'real life' because of the social media smokescreens and illusions. If we're totally honest, it's the modern-day version of a magic trick. The line between real and virtual depictions of reality has blurred.

On social media, advocacy takes center stage, but offline, I have lost a sense of self because adjusting to this new identity has been an uphill struggle. I was diagnosed with sickle cell anemia at 18-months and from the moment I was taught to pray, I asked God for a one-of-a-kind miracle. For me, living with sickle cell disease was incredibly hard. I actively tried to separate Wunmi and her life-long dreams from the diagnosis but that was a temporary solution.

Blessed to participate in a clinical trial

Years later, I got a priceless gift and a second chance at life with sickle cell in my rear-view mirror. Words cannot describe how truly blessed and lucky I feel to have participated in a clinical trial but I'm refereeing a match between mental health and identity, i.e. mind over matter. My body hasn't accepted this alternate reality where sickle cell is no longer a part of its genetic makeup so I'm choosing to self-disclose to help others who might be struggling with a similar issue.

The stigma of mental health in African communities

The World Health Organization (WHO) defines mental health as "a state of well-being in which the individual realizes his or her own abilities, can cope with the normal stresses of life, can work productively and fruitfully, and is able to make a contribution to his or her community". According to the CommonWealth, mental illness is a taboo subject that attracts stigma in much of Africa. A study conducted in Nigeria found that people responded to the term 'depression' with fear, avoidance, and anger to those who were observed to have some sort of mental illness.1

The social environment in most African countries does not nurture good mental health. This is due to a series of situations like conflict, war, death, chronic illness, and epidemics, which all have adverse effects on a person's mental health. I grew up in the metropolitan city of Lagos, where mental health was one of the most under-resourced areas of public health so as a young adult, I didn't know that having sickle cell disease could directly impact my mental health.

A Stranger in My Own Body

As part of the clinical trial, psychotherapists are recommended to transplant recipients and caregivers to provide emotional support during this tedious process. Patients often experience a wide array of emotions before and after recovery - from fear, anxiety, anger, frustration, sadness, and isolation to determination, excitement, and bursts of hope.

On transplant day, I was anxious, hopeful and incredibly emotional because this was a fully realized dream but days after, I was moved to the ICU for recurrent seizures and excruciating pain episodes. I started to feel scared which was quickly followed by thoughts of regret because I feared the transplant was unsuccessful. Two months later and I felt like a stranger in my own body because the pain was still very intense. I was reacting to the immunosuppressants prescribed and I didn't understand what was going on. The doctors analyzed my bloodwork bi-weekly because my white blood cell count showed possible signs of leukemia.

I thought to myself "What have I done? Did I trade one illness for another? Was I given false hope by doctors who only saw me as a guinea pig for research purposes?" My emotions ran wild and during these difficult moments, I couldn't articulate my feelings to loved ones who called me brave and fearless. I had grown to understand sickle cell disease like the back of my palm but dealing with this new identity, I was utterly clueless.

I'm a widely known over-thinker and this has served me well as a publicist but in protective isolation - the 3- to 12- month timeframe required for your immune system to fully recover from the transplant - I started to unravel quite quickly. Advocates in the sickle cell community saw me as the sheep that left the flock and were out of reach.

Doctors, however, tried their best to support me by explaining how I had lived with sickle cell for almost 33 years and had experienced organ, tissue, and bone loss that was irreparable. They asked me to be patient with my body and immune system; urging me to consider speaking with a mental health expert.

Being a private person meant I didn't feel comfortable having these difficult conversations with family, friends or colleagues in fear of judgment, so I decided to take advantage of the senior psychometrist assigned to me. This was one of the best decisions I've ever taken because she gave me the tools that I so desperately needed to better cope with this range of emotions.

Writing for me is cathartic so I bought a wellness journal to help unpack my emotions. I often remind myself that good and bad emotions are part of the human experience; they're how I know I'm alive. I've also incorporated mindful breathing exercises each morning and put together a list of self-care activities that I truly enjoy like manicures, facials, and warm baths.

I've made my mind a peaceful place to be by practicing self-compassion and psychological flexibility exercises. These tools are extremely helpful but taking accountability for my mental health is not a perfect science. I do have bad days, every now and then, where I can't slow down my thoughts and lose multiple hours of sleep. On those days, I pray and wholeheartedly surrender to God because my faith/spirituality is a pillar of strength for me.

More on this topic 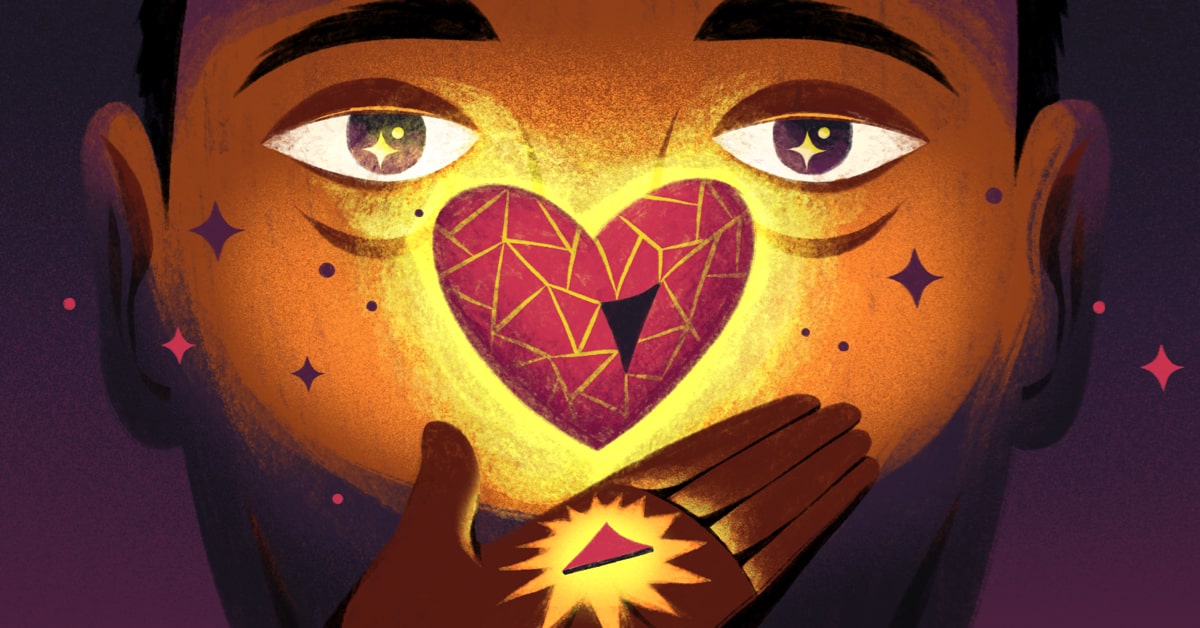 My First Bankruptcy With SCD

2 comments
This article represents the opinions, thoughts, and experiences of the author; none of this content has been paid for by any advertiser. The Sickle-Cell.com team does not recommend or endorse any products or treatments discussed herein. Learn more about how we maintain editorial integrity here.

What awareness month activities do you plan to get involved in?